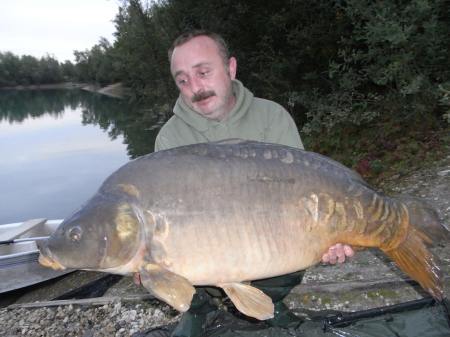 The last week of September has to go down as a truly amazing week’s fishing. Star of the week was undoubtedly, regular at the venue, Ceri Howells from Wales who banked an incredible 69 fish in the week including catfish to 103lb & carp to 50lb 6oz.

Fishing on peg 12 on the Tortue Lake Ceri used the unusual tactic of fishing with maggots. This can indeed be a deadly technique, which I’ve witnessed firsth and on other venues, but Ceri showed just how effective it can be for both carp and catfish, if used correctly. Using a large number on a piece of dental floss he tied this D rig style to the hook and then used a bait boat the place his rig and a handful of maggots & pellets on the spots. This caused a very intense feeding frenzy in the swim and on a number of occasions takes were almost instantaneous. 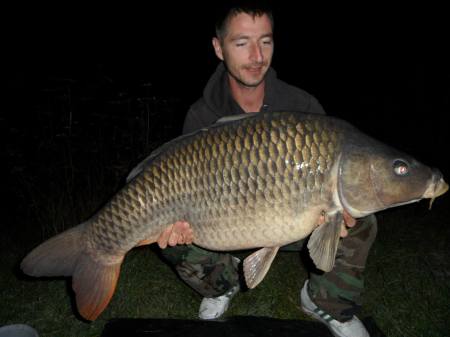 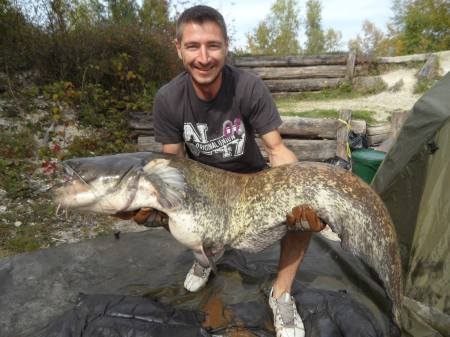 Other anglers on the venue also had a good week, Belgian anglers Christophe Aelterman & Wim Waerniers got amongst the fish on pegs 13 & 14 with carp to 46lb 4oz and catfish to 61lb 2oz.

A compatriot of theirs Jhomar Vervoort was fortunate to land  the sought after fish, the two-tone common at 46lb.

Finally the other huge surprise for the week was from the Croix Blanche Lake where Herman Kerkvelit took the big mirror from peg 6 at 59lb. This fish has not been banked since April 2011.
All in all an amazing week’s fishing. Well done to all concerned.

2 Responses to An Amazing Week!