And then it snowed ….Springtime at Croix Blanche Lakes 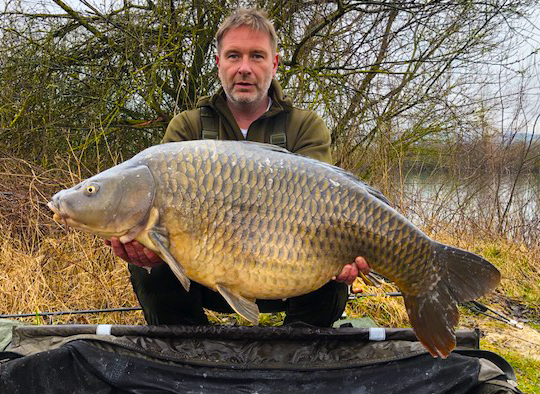 Just when I thought we’d got through, what has been, one of the worst winters since I’ve run the lakes..It snowed again! The temperature plummeted from a balmy 17°C last week to -4°C last night…
It has to be said, this winter has been particularly strange by the huge variations is weather we have had. Up until Christmas things were mild and the fishing was very good. Dutch anglers who spent Christmas at the venue caught a number of nice fish.
Then as 2018 dawned, so did the rain. Day after day it rained.. not just the odd shower, but prolonged precipitation that saw the rivers swell, burst their banks and cause wide spread flooding. Any of you who might have watched the news, will have seen Paris flooded out. 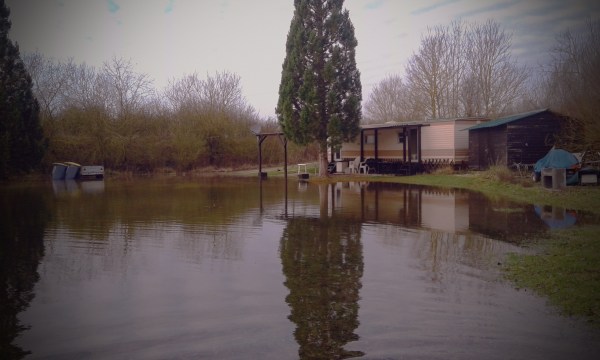 And so our venue also got hit by the worst floods since I’ve been here. It became impossible to walk around the venue without waders and the two main lakes melded into one large lake. With the major downstream cities threatened by the high-water levels, the river authorities kept the barrages closed. Thus stifling the run off along our valley and keeping all the fields under several feet of water. As the venue is fed by the water table, which became totally saturated, so the level continued to rise. Tracks disappeared under water, store rooms were inundated and shoals of roach and spawning pike could be seen on the pathways.
After several weeks of this situation the rain stopped the thermometer plunged and the precipitation came in the shape of snow. Several inches of snow. It looks pretty, but it is a real pain. As the temperature continued their decent below zero, so the lakes froze over and the snow settled on the icy surface. 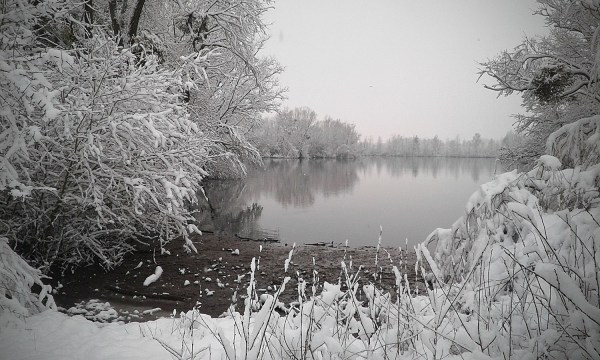 Peg 01 on Croix Blanche in the snow

One upside of the freeze, was that the rivers dropped and so did the lakes. After a couple of weeks of negative temperatures, the levels were down enough to allow access around the venue and I was once again the owner to 2 separate gravel pits. 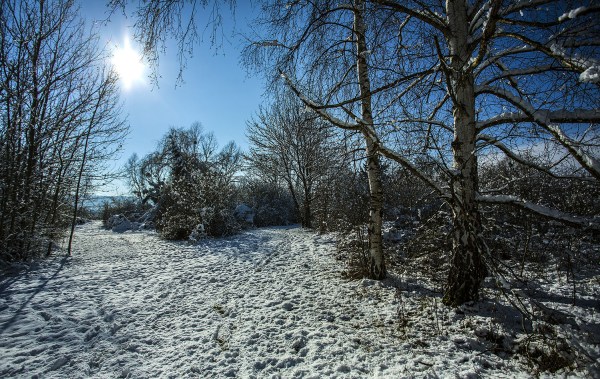 The first anglers on then since Christmas were Lindsay and Jason.. Braving what turned into a pretty wet week, punctuated by a couple of bright sunny days. The bright mild, weather certainly brought the carp out, with lots of showing fish. It also saw the guys bank the first to fish of the year. A mint 27lb mirror for Jason, and a fabulous 48lb 5oz common for Lindsay. Two fish is though pretty hard fishing, but under the conditions better than a blank. Spring is so often hit and miss as the temperatures fluctuate and everything struggles to wake from its winter torpor.
And as I said at the outset, three days from the official start to Spring … It snowed !!