Hi all
What is and isn’t acceptable behaviour on the bank when you are on a carp fishing holiday in France ? 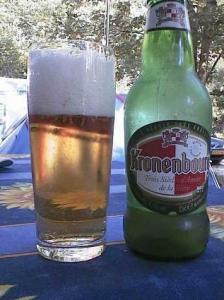 This issue of lack of respect to the venues, the owners and the other anglers on the bank is an issue that comes up on a regular basis. Ok don’t get me wrong I enjoy a drink and a social as much as the next bloke, this is one of the reasons I go carp fishing. I like to catch my share but I’m not a dead keen, must catch at all costs and to hell with the rest, type carp fisher. It does seem though that your ‘Costa del Sol, Ibiza type ‘Couldn’t give monkeys’ type attitude is fairly frequent and can spoil a good week on the venue.
What then are the main rules that it is unacceptable to break? We get complaints from disgruntled lake owners and annoyed anglers alike.

Too drunk to Fish: As I said above I too like a beer and a glass of wine or three when out on the bank, but there must be limits! Most lake rules stipulate that if you can’t remain in control of your rods then they should be reeled in. I’ve seen cases where it’s been more like the Eurovision song contest once the whisky starts to flow.
Finally sleeping through a run because you’ve had a skin full is dangerous for the fish and unfair for the other anglers on the bank.

Leaving the Facilities in a Mess: This is the second biggest issue we get reported. Our venue has facilities that include, showers & toilets. Ok so why can’t people keep this area clean, as they find it on arrival. Dishes left piled up and not washed makes the venue unusable for the other anglers on the lake. Cookers covered in beans and boiled over food, ovens with the remains of a forgotten Pizza etc… the list goes on!
The same goes for the toilets and showers. Is it acceptable to walk into the shower in muddy boots and leave dirt and muck all over the floor? Is it acceptable to use the toilets and leave them unfit for the next guy? While venues have cleaners they can’t be there 24/7 so spare a thought for those who come after you.

Leaving your Swim in a Mess: My pet hate on my venue regarding the cleanliness of the swims, was Fag ends and Beer bottle tops. Now I don’t smoke but I’ve nothing against anglers who want to on the bank. But is it that hard to put the fag ends in a tin or bin rather than chuck them on the grass? The same with bottle tops.

Leaving Rods Unattended: This was always a bugbear of mine with the French anglers I occasionally got on my venue. They often walked off around the lake without reeling in. If I happened upon an empty swim with no one looking after the rods I’d simply reel them in myself and warned the guy in question. It is now though a more common occurrence with some of the less experienced carpers today. This is not only dangerous for the carp which can get snagged up and tethered quite easily, but again it is not fair to the other anglers as fish can again easily go through their lines causing a tangle at best.
Lastly I’ve seen rods go into the water on more than one occasion and the thought of a fish dragging a rod and reel around the lake makes me shudder.

Fishing out of your swim: The advent and common usage of the bait boat has made it far easier to place a rig almost anywhere on the venue you wish. I’ve said in previous posts I’m not a bait boat fan, but if used sensibly I’ve got nothing against those who wish to use them. The abuse of the boat though causes untold aggro on so many waters. It goes back to the “fish at all costs” attitude of some anglers. Most swims have a reasonable limit outside which one can be considered to be fishing out side of the swim. If other anglers are on the lake, you are naturally going to be fishing into their area.
Bait boats aren’t the only source of problems, I’ve seen similar things from rowing boats on waters like St Cassien and the Lac du Der. Moreover in these two precise cases, one is no longer allowed to drop rigs off a boat, casting from the bank has now been made obligatory.

Using the banks as a Toilet: This is one of the more unsavoury habits of some anglers. Leaving human waste in other swims or areas of the lake, when there are proper toilets on site is not acceptable. Yet even on waters where clean toilets are provided some people are too lazy to walk around the facilities.There are a number of solutions if you don’t want to walk to the toilet block, other than soiling the venue. Buckets and bin bags is a solution used by the guys on the Mangrove as you are fishing on staging only accessible by boat. If the venue is sufficiently wild and big, then a carrying a spade to bury everything is what I have done in the past. Whatever, on most of the venues I know getting caught using the banks as an open sewer will see you thrown off.

So this is the top six of my ‘Bad Behaviour list’. What are your views?

I think the final word though and the only rule one should need to apply to a fishing venue: