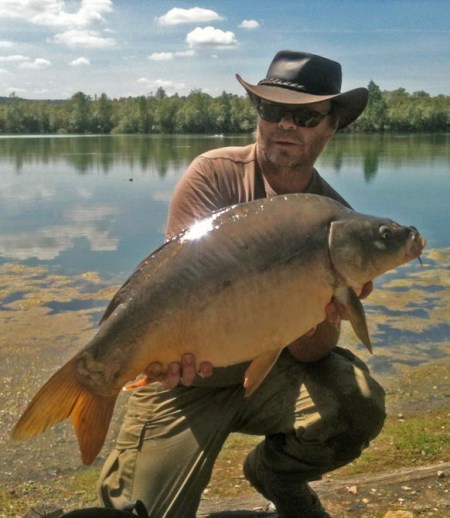 I’ve been carp fishing now for over 34 years and have grown and learned with the pursuit, which started a good while before the hair-rig era, and when carping still had a mystique and mystery…

Since I’ve lived in France I have not really fished for any other species, other than a few trips to Spain for the big Catfish. I’m really lucky in that the Croix Blanche venue not only holds big carp and cats, but also a superb head of big coarse fish including tench, crucians, bream, perch, pike and rudd.

So it has been rather refreshing this year to try my hand at catching specimen fish of other species.

It all came about when I met a group of French, former carp anglers, who had reconverted to general coarse fishing and match style methods.  When I met these guys I was on a bit of a roll having had 3 fish over 40lb in a couple of months, the best being a 46lb common, from several venues.
Their approach though, I found fun and refreshing. I must admit the bivvy up style had been boring me a bit for a while, and I found short day sessions fishing traditional boilie methods less than productive.  Also I didn’t really have the time to fish several days a t a stretch, couple with the fact I had a hard job getting a swim on my own lakes.

I was re-introduced, by my newly found friends to the joys of pleasure angling. Ok I wasn’t going to start roach bashing, but I did find their approach interesting, particularly the feeder fishing. 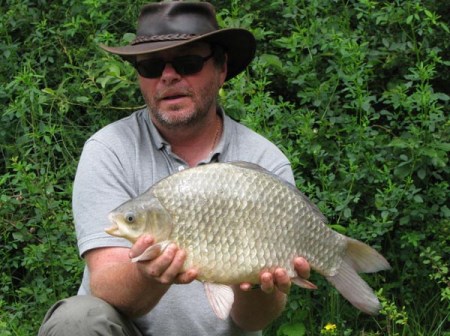 So in recent months I’ve been doing a few hours feeder fishing, in likely looking spots to try to catch a few specimens.  I must admit the new Drennan Method feeders have proved deadly in this pursuit of big fish. I usually use them with a small popped up boilie and I’ve been amazed how quickly the fish move in.  I’ve even managed a few carp. The rods I use are heavy feeders with quiver tips. I have fitted them with my old 8010 bait runners and even the small fish, once pricked by the bolt effect of the method feeder give a good indication and the carp simply give you a positive run.

I’ve also had carp to mid twenties on this set up….

Bait has simply been wetted pellets, mini carp and halibuts.. mixed with a Method mix.. and often I add hemp or sweet corn. This is then moulded round the method feeder with the rubber mould and fished with a small hi viz pop up.

I really feel I’ve rediscovered fishing this year.. I won’t be giving up carping but I’ll certainly be looking to catch a few other big fish of other species each season. 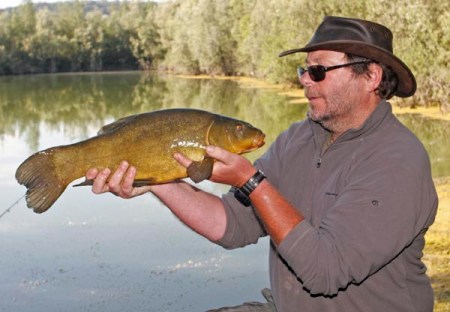