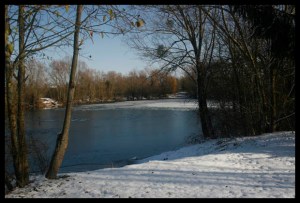 Croix Blanche 2010: What has happened to Winter this year?

Its funny how the years pass and are so different. One year we have a heatwave in the summer and the next it’s cold and wet.
Take the Winter; this time last year we were in the north pole, we had several feet of snow. In fact it was the heaviest in living memory for most of the people in my village. The temperatures plummeted well below freezing and the lakes were solid for well over a month.

So how different it is this year. 2012 comes in with the warmest start in over 100 years. In fact 2011 was the warmest year on average since records began. We are still yet to have a significant frost…
Its strange that we don’t seem to have regular and proper seasons any more. If proof were needed 2011 is a good case study. We had a spring that was not only exceptionally dry, but the hottest on record. Temperatures were up as high as the mid thirties by mid May.

The summer then quite simply didn’t happen. After a rainy, cold July, August was barely better. The Autumn however did give us some fine and sunny weather.
So what effect did this have on the fishing? Well not a very good one. I had echoes from around the country that many lakes were fishing hard. And on certain weeks it was the case at Croix. The curious thing was though that in amongst these difficult weeks the fish would suddenly go in a binge and larger than average bags would be banked. An example is when my mate Laurent came with his family and had a super session on peg 3, with both large carp and catfish landed.
This then brings me round to the initial question at the beginning of 2012 to where our Winter has gone. With the seasons being so mixed up during the last twelve months it is perhaps of little surprise that we are still waiting on winter.. I’ve even read reports that in some areas spring flowers and blossom are already putting in an appearance.
Is it any wonder then that our carp are behaving in an unpredictable manner?

2 Responses to What’s happened to Winter?