Young Dutch Carpers get off to a cracking start 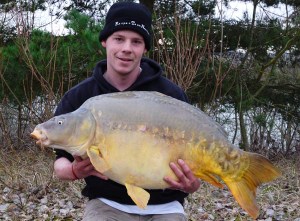 Two young Dutch carpers braved the icy nights and frosty mornings to get off to a cracking start at the Croix Blanche Lakes complex.
Early March is often an uncertain time fishing wise as we are only just breaking into Spring. But Joey Boots & Nick Lemmen made the most of a quiet period at the venue to tempt some nice fish.

The duo set up on peg 6 in front of the mobile home, which they had decided to rent out to improve the comfort factor for the week, and managed a couple of smaller fish 14lb & 18lb in the early part of the week, despite night time temperatures that went down to -3 and heavy frosts that left the whole lake blanketed in white at dawn.

The weather picked up mid week after a short bout of rain and the temperatures remained positive round the clock. Fish began to show so they immediately placed lines on these areas. Their change of tactics was rewarded initially by a nice mirror just under 30lb at 29lb 7oz. 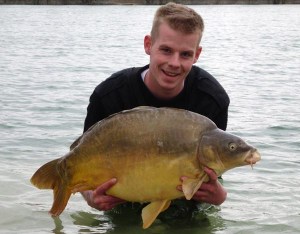 After a spot of piking, where he saw a number of large fish active, joey returned to his mates peg to collect his carp tackle and move to the Tortue lake and set up in peg 13. This proved to be a wise move as the first afternoon he banked a superb 35lb 2oz Mirror. 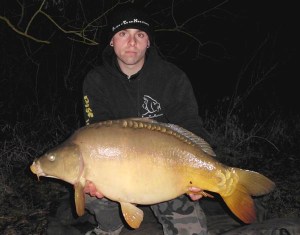 The next day set up in the same swim abd landed the prettily scaled mirror in the first picture which smashed his PB with at a hefty  46lb 2oz.

These guys certainly had their risk of an early season session pay off. 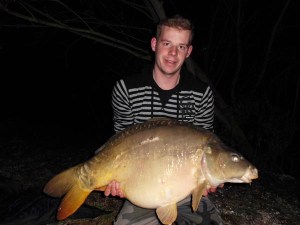